So far i have only blogged about the decay in the peasant heartlands. Locals & overseas locals(2 years+) are appalled at the rot.

"This is an awesome reporting on what's really happening on the ground in Singapore. Thank you very much for your hard work. I hope more and more people realise what is really happening under this evil govt." - commentator in Cancerous GDP Growth at Jurong East Central

"Thank you for reporting on this area again after 2 months. Without bloggers like you, ppl living in other areas of sg will never know what's going. This kind of thing will never be reported in the straits times. I have been a faithful reader of your blog for a year now. Keep it going!" - commentator in JCube - Reactor Core Complete Meltdown

I have not set foot in Orchard Road which is SG's prime shopping enclave for at least 2 years.

Broke the dry spell & went down take a look. These are the shopping malls(in order) i pop in for a look:


313 Somerset & Orchard Gateway are the latest shopping malls. Is my 1st visit there. Amid the spamming of shopping malls all over this tiny island, another major retailer is hurting - Kinokuniya bookstore is shifting to a smaller location.

Before delving into the decay that would shocked overseas Singaporeans(2 years+), let's look at how overpopulated this tiny island is through Bus 190: Mission Impossible.

Mission Impossible in Orchard Road Opposite Far East Plaza
It is mission possible for Tom Cruise who will save the day in the movies. However the tragedy is experienced by many peasants in 1st world SG with the world's highest paid politicians who said they are very high caliber.


The hybrid regime has flooded in lots of people so that GDP can grow with increased sales of toilet paper & bus rides. However as what i have blogged about in JCube - Reactor Core Complete Meltdown, the increased population aka consumers has led to more businesses closing shop instead.


1 shop has bite the dust outside. Guess how many died inside? 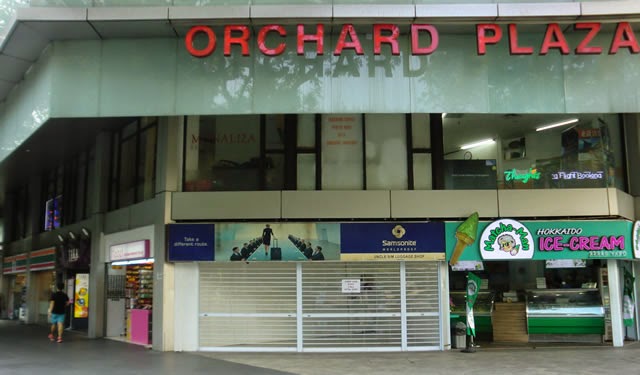 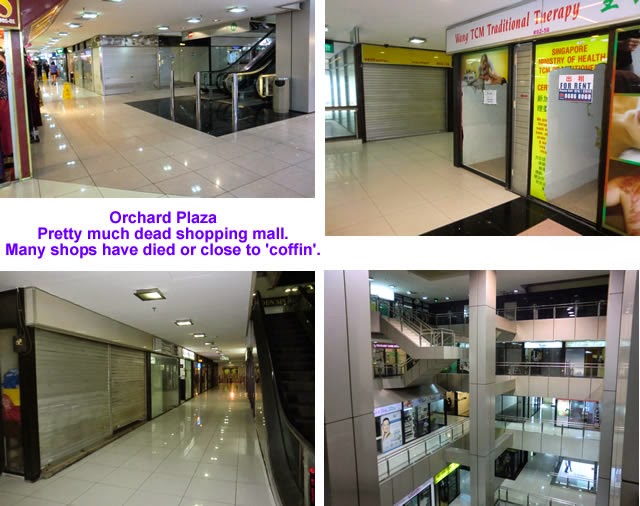 Orchard Plaza is the worst of the shopping malls that i pop in for a look.
Far East Plaza is suffering too(no photos) with some dead though not as bad.


In the peasant heartlands, even new malls like JCube has quite a number of dead businesses. Situation is better in Orchard Road as it is the older malls consisting of smaller shop spaces which are suffering badly.

To think the hybrid regime is demolishing the open air carpark at Changi Airport's Terminal 1 to build another shopping mall. There are already quite a number of duty free shops for the airport's checked in passengers. As such the upcoming shopping mall named Jewel is very likely to be a white elephant instead.


What folly to make an airport more attractive by building a shopping mall. Usual tenants would be those 'spam chain' businesses. Would tourists bother about spam shit like Starbucks, Burger King & those 'fake food' cooked by cheap foreign workers at foodcourts?

I consider the rising number of dead in heartland malls & Orchard Road as a preview of the airport's 'Jewel'. 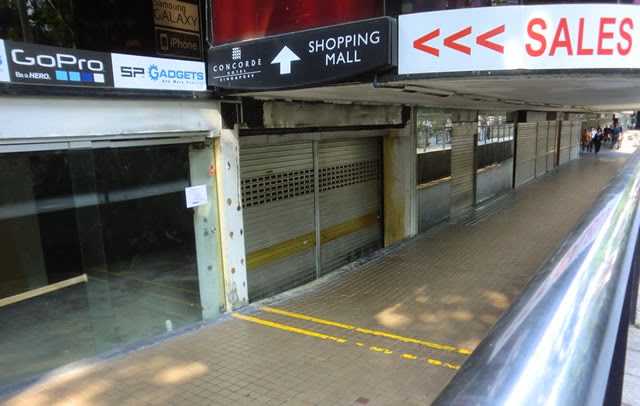 Next to Orchard Plaza is Concorde Hotel (3rd level+) & its shopping mall on ground floor & 2nd. 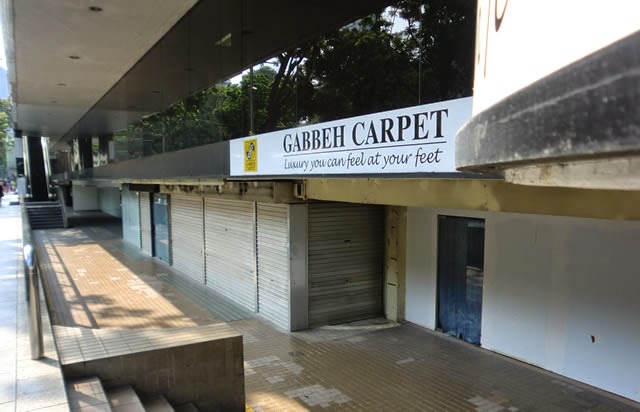 Entrance is sealed up. 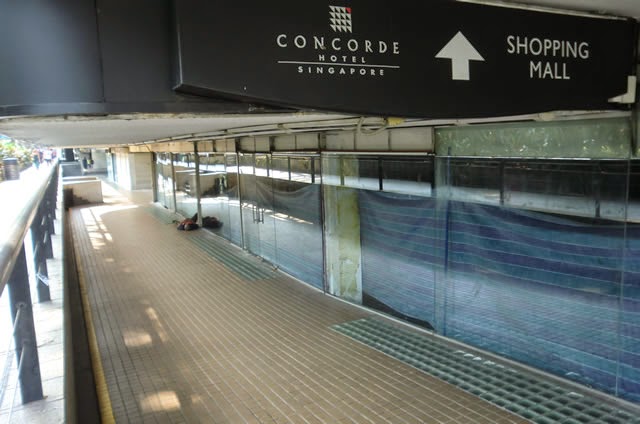 4 star hotel - Concorde
Is a 'graveyard' on ground floor & 2nd level.
A person sleeping on the floor.

Rot & Decay Creep Up To Country's Most Powerful Individuals
The Istana is the official residence & working office for the President & PM. Those 2 jokers inside their ivory towers have no idea that the rot & decay has creeped right up to the Istana.