Was clearing out old emails & came across this marketing email from MBO Cinemas, a malaysian cinema chain. I do catch a movie or two when leaving the country to have haircuts from traditional barbers - Chop Passport to Cut Hair blogpost.

The email is something done right in the sense that it offer something for free with no strings attached. You can redeem the medium sized popcorn without watching a movie but the cinema chain already bet that most would naturally buy a movie ticket.

Title of the email is: Enjoy a complimentary popcorn on us!‏

Top of email also display my loyalty reward points. - Nice touch of personalization.
Unfortunately it disappeared when i reopened the email 2+ months later.


With no strings/ gimmick attached, it breaks the cycle of the promotional emails being deleted without being read. Many times i delete emails from eBay, Aliexpress, Qoo10 without opening to read. Why? Because their emails are focused on selling more stuff to the reader. As time goes on, the reader is 'conditioned' to ignore these 'selling emails' - thus delete without opening to read.

Another issue is frequency. I find the promotional emails from MBO Cinemas is like fortnightly to once a month so i don't find it irritating. Coupled with its freebie email thrown in to break the vicious cycle, i would commend on the current MBO email marketing team on a job well done.

Not too many & not too frequent. Freebie thrown in once in a while to 'train' people to open their emails. They got the right mix for the formula, something which unfortunately is lost among many companies.

A few pennies on free popcorn to keep customers to continue opening to read their emails. A cheap investment considering the dreadful scenario of customers being trained to 'no need read their stream of selling emails; just delete'.
0 comments

Gerrymandering of Jurong GRC in 2015 Election

It's been close to 2 months since i last blogged. The upcoming election is speculated to be 12th Sept during the 1 week school holidays.

Attention are focused on the eastern parts of the tiny island where the hybrid regime's territories are weak & expected to fall for some. What is neglected in the gerrymandering news is the western part where i stay which is a stronghold area for the incumbent.

Apparently the hybrid regime has thrown the 'Mickey Mouse' area out of Jurong Group Representation Constituency(GRC) due to mickey mouse infestation late last year. Throw out the weak support area & then gerrymandered in much of Clementi.

As such i now belong to a different GRC. Nevertheless i will still vote against the incumbent to bring down their vote %.

Daft sinkies have to understand that even though the incumbent would still win in the area, it is important to bring their vote % down to keep the 'Mafia In White' on their toes & to boost the hopes of alternative parties in future election(eg. eastern sg)

Why 'Mickey Mouse' area thrown out? Refresh back to late 2014: 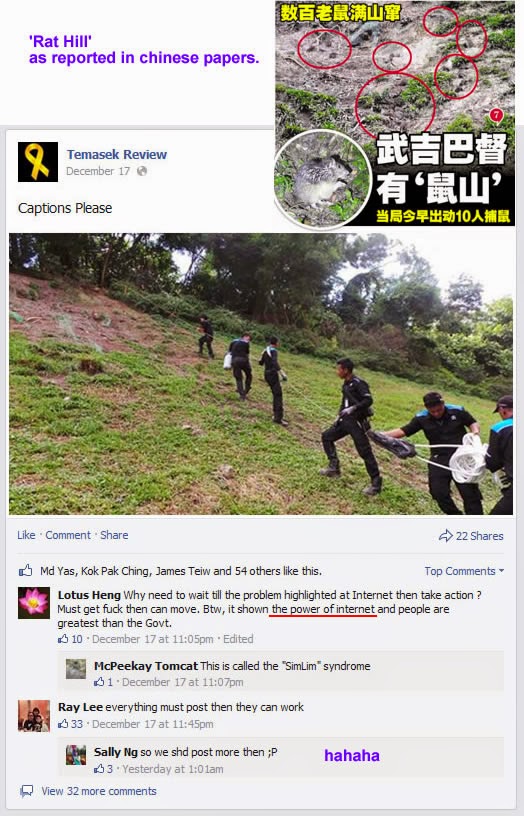 
Rewinding further back to 1991 when i was clueless about politics - too young:

Despicable tactics by the Mafia in White. When close to losing, make the single area disappear by absorbing it into a group constituency. Now when support is low due to 'Mickey Mouse', the area is carved out to be discarded. Nevertheless, it would be wonderful if SDP could win the area & establish a foothold in western SG.

Whatever the reason/rationale spewed out by the Mafia in White, you can bet that's not the main reason. It is more of a secondary reason brought to the front & sold to the masses.

This year, the American Embassy invited Chee Soon Juan & his wife again to their independence day celebration. They were invited last year. Perhaps they were invited in 2013, 2012? Even the americans working in the embassy can see the rot in SG. They know the hybrid regime's days are numbered so is better to make friends with people from other parties.