When i started this blog in july 2010, the water level of the canal behind where i live has dropped revealing a spit.

You know the water crisis has risen a notch when:

Just like what i have written earlier this month about my fuming mad over the toll gates to suck Clementi motorists peasants dry, the best solution is to scrap the 7M population target. There is already not enough water on this tiny overcrowded island.

Cancerous GDP growth = making it even more overpopulated (piss & shit) so sales of toilet paper can go up up up.

2 pictures of the water level of Sungei Pandan canal taken in 2010. 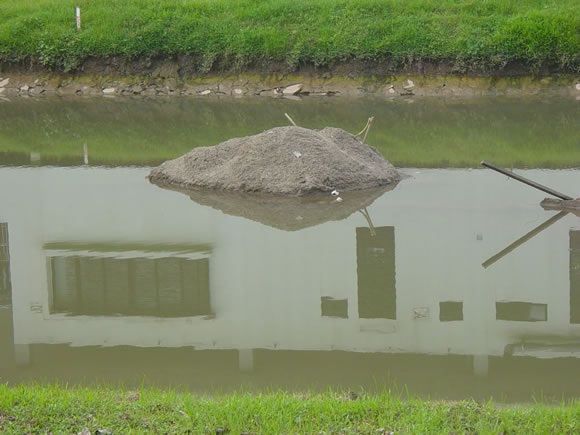 Look at the bank indicating the lower water levels.
Now in 2013 it is not easily seen as vegetation has sprout up along the exposed mud banks. 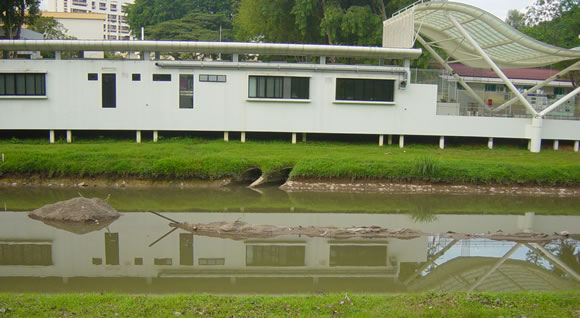 Notice the 'hill' & 'ridges' exposed by the low water level.

Of course the authorities are blind or choose to ignore such warning signs in their bid to grow GDP at all costs like cancer.
2 comments

Japanese Yen Down Around 25% Against Major Trading Nations

2 Factors for Japan's Stability
Japanese society has remained stable for 2 decades despite their economy stagnating since the bursting of their asset bubble in early 1990s. I can't say the same for Sillypore's stability when the current asset bubble burst in the future as Sillypore's population is not homogeneous like the japanese. Current large influx of immigrants not integrating is making situation worse.

Furthermore, Sillypore now has 2nd highest (at times highest) income inequality among developed nations. This adds another strain to stability. 2 negative factors facing Sillypore's stability which Japan does not have.

Printing of $$$$; Devaluation of Yen
Shinzo Abe, current prime minister of Japan has devalued japan's currency in a bid to get Japan out of the lost decades. I'm no economist but for average person it means japanese products are cheaper (cheaper than competitors) thus boosting Japan's exports(more workers &/or increased automation needed to make products).

Japanese products particularly consumer electronics used to dominate the world market. However japanese firms such as Sharp, Sony, NEC are badly pummelled by Korean brands of Samsung & LG. Devaluation of yen is an effort to revive this ailing sector against korean competitors.

Imports have become more expensive for the japanese. If such situation occur in Sillypore, it would be like us paying 25% more for vegies & eggs from Malaysia since S$ has depreciated 25% against Malaysian Ringgit. How many sinkies can tahan(endure) that when practically all food are imported? My favorite laksa stall at a hawker center has already increased prices 2x within 5 years. $2--> $2.50-->$3.  50% hike in prices.

Surprisingly till now there's no headline grabbing news of japanese rioting in the streets. Japan is still stable.
0 comments

My family does not own a vehicle. Nevertheless i'm fuming mad over the announcement that ERP (road toll collected electronically via overhead device) gonna be setup on 2 slip roads leading to Ayer Rajah Expressway(AYE) during peak hours. The toll gates aka Dam serves nothing but to generate megawatts of $$$ to fill the greedy Pro Alien Party coffers.

Nothing is gonna alleviate the congestion unless population is reduced. More & more tolls & more & more expensive & yet congestion(flood) gets worse & worse over the years. The hell with the 7M population toilet paper plan the hybrid regime put forth & expecting the populace to swallow it.

Future Toll
4) When traffic diverted in morning from Ave 2 & 6, another is very highly be setup at 4) in future. With that all vehicular access for Clementi peasants in morning to AYE is completely sealed with tolls.

Clementi's 3 Gorges Dam - All 3 access points to AYE flowing eastwards like the Yangtze river are 'dam up'.

Satellite pictures of the planet are expensive. Keeping the pictures up-to-date poses security problems also beside the costs involved.

I cycled into International Business Park in Jurong East on an exploratory ride. The single storey Atrium where the peasants working in the Biz Park have lunch was demolished. Now it is a vacant land. Is easy to guess the fate of the land given the $$-eyed govt.

Online streetdirectory & Google Map still show Atrium standing. 6 months is a conservative figure, i reckon could be around 1 year outdated or possibly more. 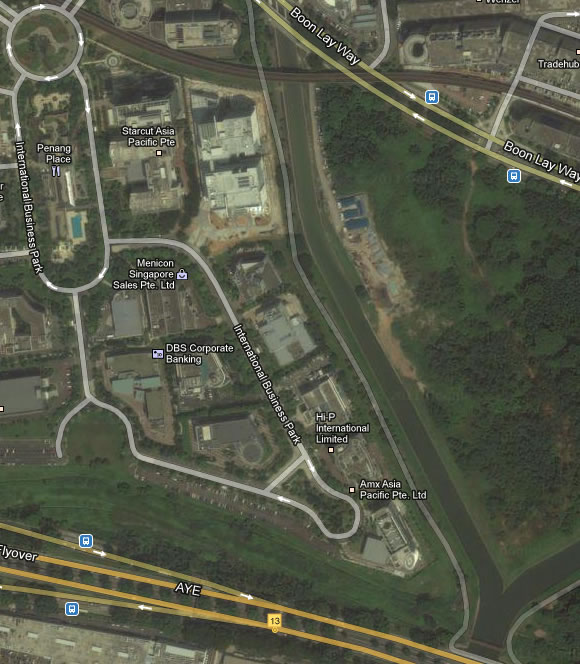 Big Concrete Boxes - obvious on map
Before demolishing Atrium where peasants lunch, the govt built office building ICON with food court which is a building that is twice bigger than neighouring buildings in the Biz Park.

Throwing Cash Vouchers at Demoralised Reservists Is Not Working

I've written in early March about the pathetic low morale plaguing the conscript based armed forces- Half Ass Approach in Salvaging Plunging Morale Among Sinkie Males.

Well it looks that throwing cash in the form of vouchers in a bid to salvage the issue of demoralised men is not working.

At the end of in-camp training we're to fill in the feedback survey. There's a question - Will you die defending S'pore? I selected the No answer. Increasing numbers of people answering 'No' must have gotten the military brass darn nervous. Else why bother throw cash vouchers & now that the situation has worsen they are talking about committee to collect suggestions.

The incumbent Pro Alien Party is responsible for this pile of mess putting native guys at a disadvantage.

Lots of foreign workers with no reservist obligations
Vs
Local guys scared of being fired/disadvantaged at work while serving the nation.

Those 2 attempts at dousing the morale issue clearly shows the hybrid regime is rapidly losing support among the reservists.
0 comments

Strengthening of Thai Baht Against S'pore Dollar in Early 2013

Mum commented that prices of Thai stuff at the supermarket have risen in prices. After the stock in warehouses are cleared, the new incoming stock are sold at high prices.

I check online & the Thai Baht has strengthen against S'pore Dollar.

For Thai workers working in S'pore, it is an instant pay cut.
0 comments

I have not been writing much lately. A break after 2+ years of blogging. 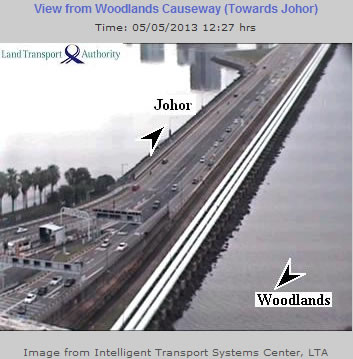 Once In a Blue Moon Phenomenon On Causeway
Yesterday was Malaysia's general election. Hardly any sinkies went to Johor. The traffic is very sparse compared to the few couple of vehicles coming into S'pore. Such a situation rarely ever happens on a Sunday.

I was hoping Msia's incumbent govt be voted out but alas won with reduced support amid allegations of electoral fraud. Was hoping a change in Msia would spillover to S'pore's general elections 2016.
2 comments
Newer Posts Older Posts Home
Subscribe to: Posts (Atom)