On the previous Wednesday(24th) i wrote about the change in weather which most people are still 'asleep' with regard to its seriousness.

Super Hurriance Sandy which hit eastern US is the largest Atlantic hurricane in diameter on record thus is called 'super'. A few papers even dubbed it 'Frankenstorm'.

We are hitting the limits of our current model of economic growth. There are limits to what Mother Nature can sustain.

The moment Richard Heinberg says those words in red, i know the best example is S'pore's Pro Alien Party. I have been hammering at the repugnant approach the Pro Alien Party utilizes to grow the economy like cancer. No other nation on this planet import & import & import so many Consumers (again i don't use Citizens) that foreigners make up 40% of the population in this tiny island.

Who Killed Economic Growth: 6min 30secs . Watch it 2x.
You can see there's no recovery till now since the dotcom bubble burst in 2000 in the chart in my blogpost: 5 Years On & Still No Recovery in Overall Market

Again in my blogpost yesterday - Gotthard Base Tunnel - Reflects How S'pore Veers Off-course. Switzerland does not resort to massive importation of consumers to eat & shit in order to boost consumption & drive gdp. They don't need more vehicles on the road to suck $$ via parking fees, electronic road pricing, petrol taxes etc.

As the current economic model is unsustainable, the housing bubble in S'pore is similarly unsustainable. It will collapse. Many sinkie's retirement $$ which went into house payments & hoping to sell & downgrade will have devastating losses.
0 comments

Swiss standard of living was what we were told to look forward to back in the 1990s. Looking at the Gotthard Base Tunnel being bored through in 2010 reflects how far sillypore has veered away. Now sillypore is congested with vehicles while the swiss want to preserve their prestine alpine environment & cut down pollution.

Sillypore's infrastructure is bursting at the seams with flooding of 'consumers' in bid to grow gdp at all costs like cancer while the swiss started on their costly longest tunnel in world(57km) infrastructure 16 years ago.

1min 14s video:
See final rocks being smashed through at the celebration ceremony. See how farsighted the swiss govt is >15years ago without being paid obscene salaries compared to current sillypore govt ministers ruling a tiny dot with crumbling infrastructure.

Digging own graves in terms of health & relationships. Price being paid is high in other areas of life. That's why i keep hammering the point that the gdp up up up which the current ruling regime like to boast is pointless.


I have already written about dire state of the workforce & its working culture:

Many sinkies(i have also experience it) are suffering from time poverty & a sense of emptiness in their lives. Many turn to buy buy buy therapy for a purchase to give them happiness(which doesn't last long) & end up being buried in clutter that they again have to slog at work to pay for renting storage space - a vicious cycle.

A vicious cycle that is dooming S'pore that i've written on last month - Shrink, Shrink, Shrink - Result of Grow GDP at All Costs Like Cancer

Ridiculous is the first thought that pop into some people's mind when they are first introduced to a bicycle made of cardboard.

A sheet of paper is so thin that it tears so easily. Bunch many sheets together & is tough to tear then. Cardboard which is a form of paper has already been used to package more fragile items inside them. So to me i'm open to the concept of cardboard bicycle.

To me its greatest appeal is the price. Being so affordable at US$20 it makes for an awesome commmuting bicycle with no worries about theft.
Imagine at US$20, it is an awesome investment to buy one & cycle around the neighboorhood. Why bother paying $ for public transport & vehicle petrol for a neighboorhood trip to those blood sucking big corpserations?

Today is damn hot & i see threads in message board lamenting about the crazy heat today. Do we still need more greenhouse gases from fossil fuel vehicles to make it even hotter?

Things In Excess Become Their Opposite

I used to dub the current ruling party as Pay And Pay (name says it) before switching to what netizens call it Pro Alien Party (name says it again).

Whether is Pay And Pay or Pro Alien Party, their commonality is sucking $$$ from Consumers(note i no longer use Citizens).
3 comments

1 of my favorite childhood music. When Amazon.com came online i finally got chance to buy the soundtrack(after bursting of dot com bubble) just to get the track. That was before youtube appear & made this music video sharing possible to the masses.

I first hear it in school in early 90s. Back then i'm still learning english & didn't grasp the words but the music is nice. Can't really remember but i think someone chose to play the movie Young Einstein on video cassette recorder. Great Southern Land is one of the music in it.

Years later when it was on tv, i taped the movie. At times just to listen to the music i would play-rewind the closing credits of the movie. It was then i got to know the name of the song.

After Amazon, youtube & now wikipedia on the scene i then discovered that the Australian comedy movie is a hit in Australia though is not overseas. I like the movie though.

In fact the song/music is so damn nice that Tourism Board of Australia used it as promotion.
0 comments

5 Years On & Still No Recovery in Overall Market

Since the housing bubble burst in the US in late 2007, the stock market(S&P500 Index) has still not recover yet. Likewise for S'pore's Straits Times Index.

We are now 5 years in this 'so-called recovery'. 5 years is considered long in stock market cycle as a recession is due. As such it is very dangerous to buy Index funds at this late stage. The so-called recovery from dot-com bubble burst in early 2003 lasted less than 5 years.

I don't believe in buy & hold approach for index funds. If someone bought during the height of the dot com bubble in 2000 & hold until now he/she is still at a loss. There's a damn long 12 years. Same applies to buying at height of housing bubble-still losses after 5 years.

With dwindling resources like cheap oil, there will be 'severe oil shocks' in the future considering China & India's voracious appetites. Add in frontier markets like Mynamar, Cambodia & it is even worse. Coupled with aging populations in the developed western countries, Japan & sillypore, the elderly ain't gonna spend & consume. Hence is long term sideways/bear market.

Notice that the internet (1996) has made the market more volatile. Same goes with jobs & businesses. It is now a turbulent world.
0 comments

Though the masses are numb to such news reports of flash floods(no longer a novelty), i would say the masses are still asleep
as to how climate change would make current model of economic progress unsustainable.

Current ruling government is nuts to pursue a grow gdp at all costs like cancer approach by flooding in more & more consumers to consume consume consume to boost gdp. More & more companies make their products so as to fail after a certain time so as to drive sales- this is another approach i find repulsive with regards to pollution & sustainability.
0 comments

Haven't been blogging for sometime. Took a break since i'm engrossed in completing Torchlight game with the 3 different class of characters(superb replayabilty). Also viewing of some of the playthrough of XCOM: Enemy Unknown on youtube - another game i'll like to play but can't since no WinXP support. 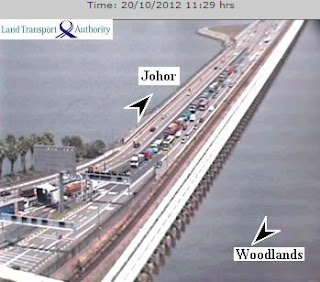 Sat mornings are expected to be darn congested on the causeway to Johor as sinkies merrily go over for awesomely priced food, destress from overcrowded s'pore & shopping for cheaper items. I was taken aback that it's free flowing this morning. Reason i can think of is exam period.

S'pore has mutated into 'Tuition Nation'. Lots of sinkie parents stay home to supervise/watch their kids in the cruel factory conveyor belt education system . How many lives were destroyed when youngsters were condemned & didn't pull themselves out because they were condemned by failing a paper?

How ridiculous an exam paper decide the self-esteem & future for a young person for the next 60-70 years.

ITE (Institute of Technical Education) is not joked as It's The End for nothing.

Technical professions are shunned & looked down upon unlike in countries like Germany & Australia. Many sinkies want to be 'Manager' or other nice sounding title for face value even if the manager job is just as easily a cog labor job with long hours of unpaid overtime.
0 comments

I've been engrossed in playing a dungeon crawler action role playing game Torchlight recently. Is developed by a few ex-Diablo game staff & released in 2009. However i'm only aware of it after reading someone talking about it in a game forum.

The last time i'm engrossed in such stuff is back in 2010 with Starcraft 2. There's the strong desire to continue a bit more to unravel the storyline. Is an experience that makes life exciting instead of the day-to-day drudgery.

Up next is XCOM Enemy Unknown. Unfortunately my pc is unable to play it due to WinXP & i still need this old o/s for support for my old 10year old mp3 player software to transfer files.

XCOM Enemy Unknown's interactive gameplay trailer takes marketing to a whole new level. Instead of being a spectator, you are given control of how video unfolds. No need to flush copious amount of $$ down the toilet buying ad space in traditional media like magazines.