Cycled to a bikeshop at Changi Village to buy a 8speed chain as standby replacement on the morning of the last weekend of March. I rode all the way there because it is sold at $13.50  Treated the long ride there as a morning workout.

It is probably my last time riding back on the changi coastal road park connector (airport park connector) as there are many dump trucks on that stretch of road & into the reclaimed Terminal 5 area.

On the journey back, i saw trees being chopped down for Terminal 4 expansion. The ground where i stand to take the pictures is soon going to be runway/taxiway or some airport infrastructure.

Look at the brown patches remaining where no grass grow. Trees block sunlight before chopped down. 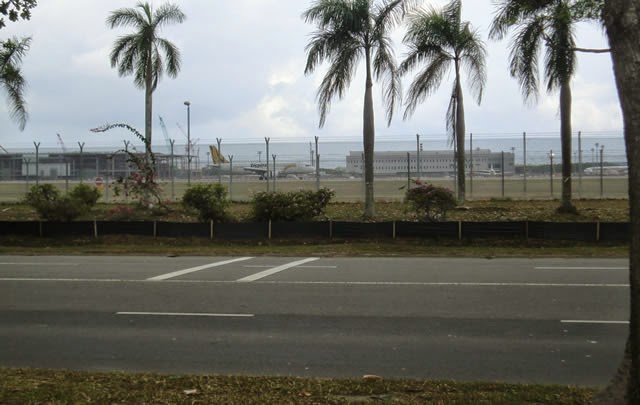 Changi Coastal Road parallel to the runway.
A plane belonging to Tiger Airways on the runway.

According to Urban Redevelopment Authority's plan for the airport expansion:

Why Terminal 5 when terminal 4 is not even finished? It puzzled me for a while before i recall that the regime plans to close Paya Lebar airbase & shift it to Changi. Then Paya Lebar airbase can be cleared for squeezing more peasants onto the island. With building height restrictions around the airbase gone - again more squeezing of peasants.

Look at the trees being chopped down beside the airport park connector. Entire stretch is deforested. 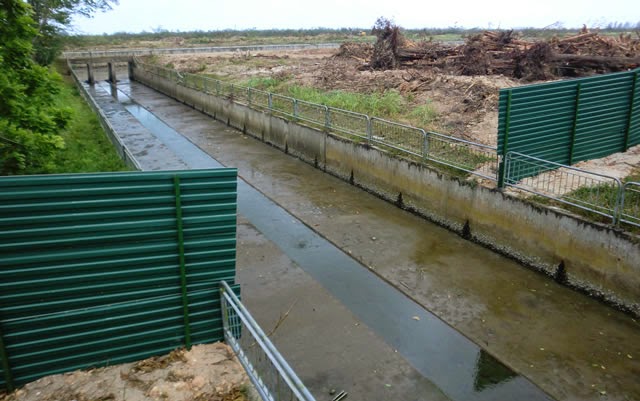 More trees 'killed'.
The land beyond the fence is reclaimed land slated for Terminal 5 & the relocated airbase.


I will stress again that the hybrid regime is very far-sighted when it comes to matters affecting its profit be it airport expansion or water supply.


Peasants don't experience electricity nor water shortages because the elites need these critical resources. However when it comes to hospital beds for the peasants, we have bed shortages. Same for housing shortages to induce astronomical prices to suck dry the peasants retirement funds.

It is a deliberate act over the years. It amazes me so many fools still adore the old man (senior minister & then mentor) who just passed away last month when he is the mastermind behind all these acts to screw the populace.

A good man in the early years of independence who turned bad after prolonged cling to power.
0 comments

I collected my new passport from the passport collection machine last month. Even though i received the reminder letter to apply for a new passport last year, i dragged it on so as to use up a bit more pages. I also don't foresee myself away on further destinations which require >6 months prior to expiry.

My last usage was 5 weeks prior to expiry on a daytrip of Johor, Malaysia. As it was still more than a month, i consider it okay else i'll just persuade the malaysian customs officer to let me through one last time. No word from the officer & i was let through. 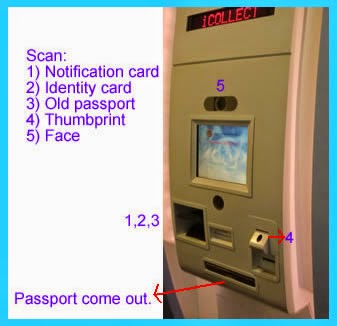 The amusing thing after i collected my new passport from the machine was that a staff came up to me & asked for my old passport. She then proceed to punch holes to void my old passport.

Ha ha ha. Civil serpent reduced to hole puncher. The hole punching part is the only part that isn't replaced by the machine which can be done if the authorities want to further streamline the process.

Those civil serpents and those who think that by being obedient & follow instructions mindlessly would be safe are just deluding themselves. Exception are those elite serpents who are very good in Yes Yes Yes to their political masters. For the peasants the formula is:

Although the PRC bus driver was fired, i consider him a leader who is not easily replaced with automation. How to automate leadership trait? His inspiring speech to his comrades is valuable that i archived a copy at Leadership of Lowly Educated Bus Driver Vs 3 Star General's.

Since the passport is an important document, it is foolhardy for the hybrid regime to hire cheaper foreigners. It cannot be moved overseas so that leaves automation. More productive compared to civil serpent who need toilet breaks.

Right now there are 2 self-collect machines which are launched 2 years ago in 2013. They are situated on the ground level. Like bank's atms & coin deposit machines, more collection of passport & ICs through machines is an eventual trend.

The 2 civil serpents stationed near the machines as hole punchers also provide some guidance to those unsure users & those who fail facial recognition(rare). I reckon they are former counter staff or staff rostered to do duty downstairs. Further costs can be cut as the jobscope can be done by a retiree.