Triple digit oil prices are with us for coming close to 3 months since early july compared to the shorter duration of tripe-digit price peaks floating above US$100 in 2011 & 2012. Already within this period of US$100+/barrel oil, we have:

With these developments in reaction to high oil prices, the future for S'pore's hybrid regime is grim. No matter how many solar panels to harness free sunlight are installed in this tiny island, there's no stopping higher food prices in the future. Ships, trucks & planes transporting food don't run on solar panels(lacks energy density of fossil fuels).

Peasants are already getting squeezed in their paychecks with depressed salaries & displaced by cheaper foreign workers.  Their building of 10 more hawker centres won't be able to save their ass. Higher food prices = bye bye to hybrid regime via the polls.

The hybrid regime talk of Terminals 4 & 5 for the airport. I see terminal 5 as too far-fetched. High fuel prices & higher food prices = less $$ to travel = collapse in medium-to-long distance tourism worldwide.

Shale Boom in America Can't Stop Global Rising Appetite
Although America now has a boom in shale gas & oil, expect prices to be in uptrend with voracious users like India, China & other developing countries. I consider the price of oil to be more important than the S&P500 index as high oil prices have always triggered recessions.

China's String of Pearls
Oil is the lifeblood of economies. Without oil, the ships & planes won't be moving. Economies will collapse. It is so vital that China has setup backup facilities known as China's String of Pearls in case of a supply route blockade at the narrow Straits of Malacca chokepoint & S'pore.
0 comments

Economist Chang Ha Joon said that practically all rich countries in the world started off being protectionist of their industries. His analogy is that of a child (industry) who needs protection & nurturing (govt subsidies, tariffs & quotas). Once that kid has matured into an adult who can compete, will then free trade is the talk of the day.

Chang Ha Joon said that if developing countries engage in free trade with the rich developed countries, their infant industries will be wiped out by the more efficient, more technologically advanced, more capitalized companies of the developed world. Can a kid compete with an adult at the workplace?

S'pore Taxis Would be Wiped Out with Free Trade
Taxi drivers in Johor, Malaysia can drive taxis just as good. Tiny S'pore is no problem for them. With cheaper cars & cheaper fuel costs, they can charge 25% lower fares in S$ & wipe out the taxi industry in Sillypore.

Hence it can be said that it is political boundaries that hinder free trade. Free trade in the taxi industry is a guaranteed ticket to the poorhouse for S'pore 's hybrid regime as its profitable govt-linked taxi companies will go bust.

No free trade in taxi industry with Malaysia.

Free trade in jobs wiping out Sillypore peasants
I'm sure there are cheaper foreign workers who can do a better job than sinkie peasants. However the hybrid regime who operates S'pore Inc safeguards its taxi companies & maximizes its profits elsewhere to the detriment of the local populace.

Local peasants are burdened with:


Unfair competition for masses of sillyporeans with those burdens have resulting in increasing crime & desperation into being illegal hawkers just to make ends meet. Hence free trade (foreigners can work easily in SG) is a guaranteed ticket to the poorhouse for Sillyporeans.

What the peasants need is fair trade but not when the hybrid regime continues to monopolize power.


Double standards:
No free trade to protect its taxi companies profits
but free trade in jobs to destroy the livelihood of the citizens.

Unfair if taxis from johor ply freely in SG to bankrupt its taxi fleet
but fair for foreigners with no/little burdens to bankrupt citizens (family, NS, 30year mortgage payment) in the job market.

That's why sillyporeans are often disadvantaged in overseas ventures as the folks in other countries don't wait for official blessing in order to do a thing. By the time approval comes = opportunity is gone.

As the old man published a humongous 9 volume book series, it is as usual more declines & rot in this tiny island nation for each publication. 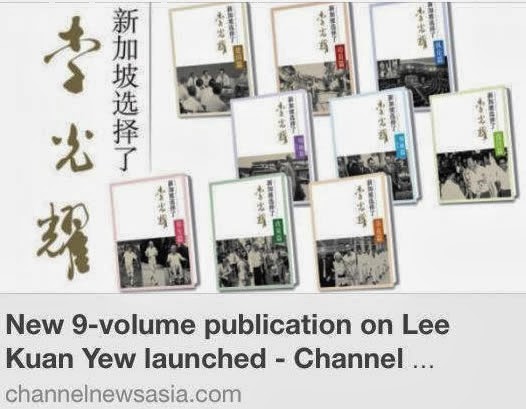 “If native Singaporeans are falling behind because the 'spurs are not stuck into the hide', that is their problem” -Old man

Myth dispelled that peasants are not hungry compared to cheaper foreigners.. Peasants are more than up to the task compared to immigrants. Look at how tenacious & entrepreneurial: 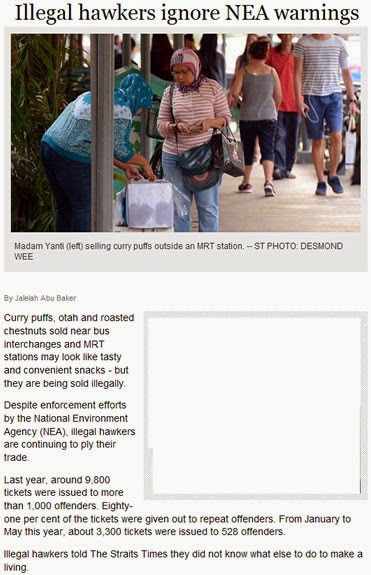 Continue to operate business even after receiving 6.25 tickets on average!

Being an illegal hawker is better than resorting to crime like shoplifting or a loan shark runner.

Continue to operate business even after receiving 9.8 tickets on average!

The heck with paying killer rent to the hybrid regime.

As the number of peasants displaced from their jobs from the mass influx of cheaper foreign workers resort to being illegal hawkers to make a living, the state controlled newspaper reported that crime rate is at 29 year low. 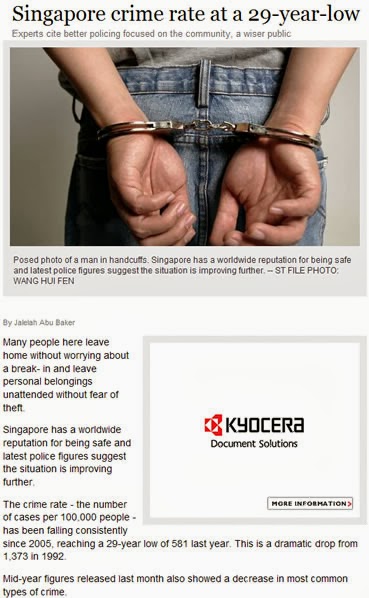 Common sense would tell us that is utter bullshit. Crime rate cannot be low when peasants are struggling.

Same thoughts echoed by another published by the state propaganda holdings. I also

The below malls opened less than 3 years ago & till now i have not spent a single ¢ in those killer rent premises.


The hybrid regime(biggest landlord) is sucking the life out of the masses by:

The country's economic competitiveness despite rated as 2nd most competitive in the world is shamefully held up by hordes of cheaper foreign labor & slaving long hours by the peons to prevent collapse.

Next time when in those killer rent malls, ask yourself: 'How many hours do i have to slave my ass off at work to pay for that killer rent?'

Think of the time not being with your family, friends, hobbies, leisure etc while you are slaving your ass off & you'll think 2x, 3x, 4x about spending your $$ & sending it to those landlord leeches.
0 comments

According to economist Chang Ha Joon in his book 'Bad Samaritans', i find a refreshing view of how he explains the rise of corruption with increased privatization. He didn't mention Sillypore but as peasants living here know, much of the services previously under state control are privatized with the masses enduring worse services with higher price.

Denmark, Finland & Sweden are cleaner than this tiny island but their govt leaders don't pay themselves stratospheric salaries. These nordic countries have a well-designed welfare state.

The latest corruption is a deputy director of Tan Tock Seng public hospital soliciting a bribe from a company in return for a tender award for a construction project. As peasants know about increasing job insecurity due to trend of outsourcing (previously done inhouse) & trend of 2 year job contracts in govt jobs, what Chang Ha Joon wrote strikes me.

In essence, because there's a well-designed welfare state in those nordic countries

I'm particularly intrigued by the 2nd point made by Chang Ha Joon. Hordes of Sillyporeans are resistant to changes be it retraining/automation as they are scared of losing their jobs. How to pay absurd 30 year mortgages, high cost of living with no social safety net? Reservist already led to citizens away from jobs, retraining = more time away making citizens more uncompetitive to risk of being fired.

Undetected favors
The increased flow of people between the public & private sectors has had an even more insidious effect. Once lucrative private sector employment becomes a possibility, public officials may be tempted to befriend future employers by bending, or even breaking, the rules for them. They may do this even without being paid for it right away.

With no money changing hands, no law has been broken (& therefore, no corruption has occurred) &, at most, the official can be accused of bad judgment. But the payoff is in the future. It may not even be made by the same corporations that benefited from the original decision. Having built up his reputation as a 'pro business' person or even more euphemistically, a 'reformer', he can later move to a plum job with a private law firm, a lobbying organization or even an international agency. He may even use his pro-business credentials to set up a private equity fund.

Job Insecurity. Short-term contract leads to more corruption
The incentive to do favours for the private sector becomes all the greater if the careers of the civil servants are made insecure through short-term contracting in the name of increasing market discipline. If they know that they are not going to stay in the civil service very long, they will have all the more incentive to cultivate their future employment prospects.
2 comments

Glacier the Size of Lower Manhattan Calves Off

In the aftermath of the biggest flood so far this year which i blog about earlier, a concerned citizen wrote to the state controlled press that S'poreans must take climate change seriously. What follows are a flurry of comments from naysayers who don't believe in climate change - blame is solely on the hybrid regime for overbuilding on this tiny island leaving inadequate greenery to absorb the rainfall.

As much as i loathe the hybrid regime & i blog about its failings & inadequacies, i believe global warming is a contributory factor.

Even the 'old man' of the hybrid regime has chapter 9) Energy & climate change - preparing for the worst in his latest book. I won't buy his book (every book published = more declines & rot in SG) but i certainly would like to read his thoughts. Unfortunately, the libraries now has 238 reserves pending as i write this.

Current economic system dependent on fossil energy emitting greenhouse gases is hitting environmental limits as this footage of a glacier in Greenland, the size of lower Manhattan collapse & break away.

5 mins. Max your sound volume to feel the effects of the ice collapsing & breaking away.

If all icesheet in Greenland melt away, the resulting sea level rise would doom Sillypore given how low the east coast is which the sea will flood in most easily.
0 comments

This morning's heavy downpour resulted in the biggest flood on this tiny island so far this year. 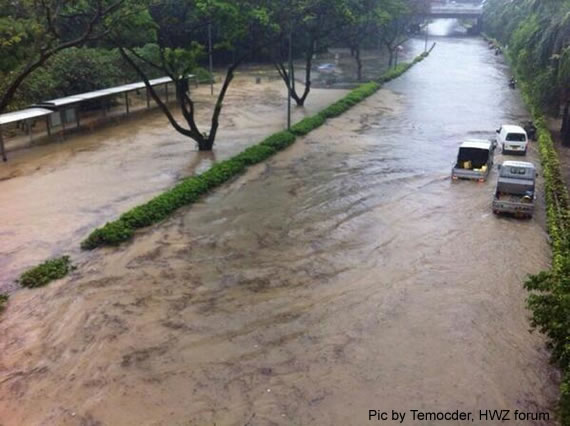 Nothing clears away the dreaded morning rush hour traffic than a torrent of floodwaters. 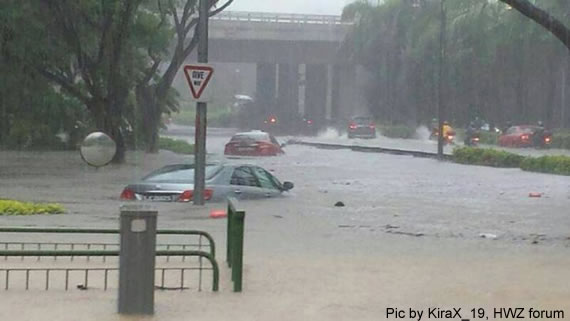 Look at the outside of a lecture theatre of science faulty at National University of S'pore - a baby swimming pool. 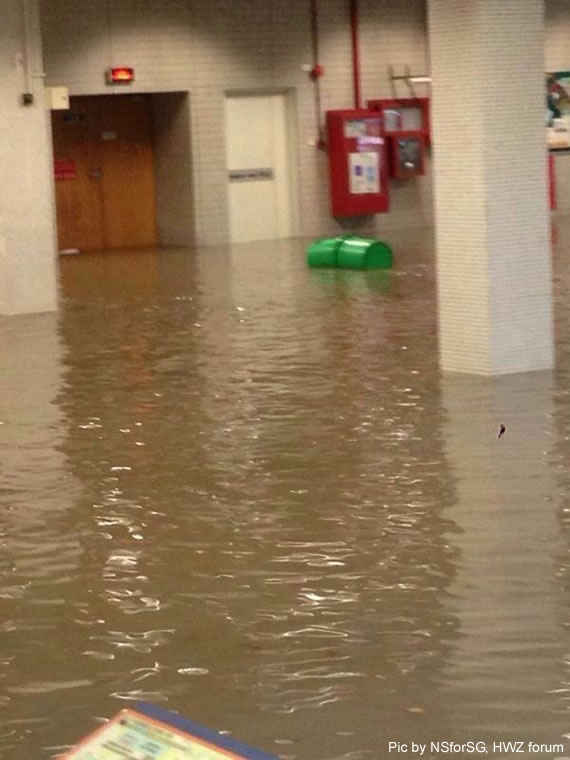 
Current economic model relying on fossil fuels spewing out greenhouse gases is unsustainable. There are environmental limits which GDP can grow under the fossil fuel model.

The heat wave in north asia last month already stretched electricity supplies to breaking point with people turning on power guzzling air-conditioners. Even with electric vehicles in future, much of the vehicles will be grounded after their batteries run dry during the increasing heat wave period. Even on normal days, imagine the number of power plants required to generate the electricity needed for those electric vehicles.


Meanwhile with climate change & Sillypore's hybrid regime pursuing a grow GDP at all costs like cancer approach, We can expect more of this: