1 of the competitors is AirAsia. This malaysian airline company had a remarkable turnaround when Tony Fernandes bought the heavily-indebted(USD11 million) company for USD0.26 in 2001. It has 2 old aircraft & started with short haul budget flights & has since gone on to long haul budget routes.

I've recently finishing reading the AirAsia Story books & this blogpost is to share what i consider to be the key points that enable AirAsia to outcompete the lumbering giants.

Parental Influence on Tony Fernandes
Before going into the key points, something about Tony Fernandes. In the book, it was revealed that Tony has a very right-wing mother & a very left-wing father. His mother likes to make profits a lot(sg's hybrid regime). His dad likes to help a lot of people by giving free treatments as a doctor.

Make profits while helping as many people to experience flying through budget airfares. I'm rooting for him for he sure beats the hell out of the greedy hybrid regime of SG whose govt-linked companies are only good at sucking money from a captive market.

Now Everyone Can Fly! 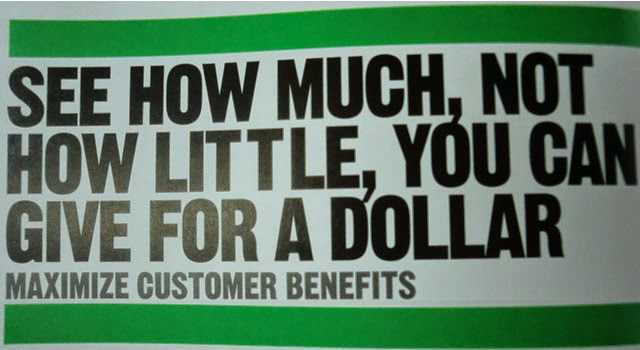 Southeast Asia is a difficult market.
People in this region don't have high incomes compared to western europe & north america.
A large portion of the population has never flown on an aeroplane prior to AirAsia. 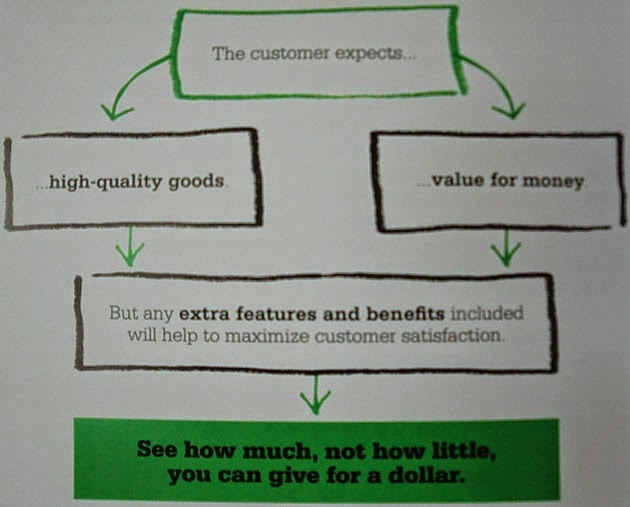 Is amazing the airfares can be so affordable for what once considered a luxury experience.
It also shows how ridiculous the taxi & public transport fares in SG are.

Hiring Policy
He hires people with right attitude then gives them opportunities to earn promotions.

Is a caste system in SG where people are pretty much condemned due to a 'toilet paper':


It is a game where many are losers. There is a salary ceiling based on 'toilet paper' achieved despite right attitude.


Egalitarian
Competitors can easily duplicate the business formula but it is much more difficult to duplicate the culture aka software. People can't be cloned(not allowed) so it serves as a competitive advantage which AirAsia has harness to great effect in David Vs Goliath.

As I pointed out in the caste system above, how motivated is a worker in performing when he/she is condemned due to 'toilet paper'?

Its offices have few physical barriers between desks, there are no titles on their namecards & first names are encouraged to be used.

In most Asian companies, the top 10 executives do everything & the staff are just statistics. But AirAsia has a flat structure. We allow people to be themselves, we don't dress up, everyone has the same desk, no one has real titles. Everyone is out there thinking & pumping out ideas & trying to do things that most Asian companies would not dream of doing.

Everyone of his Allstars are encouraged to speak their minds.

Equal opportunity- To motivate staff, AirAsia offers the opportunity to every qualifying permanent staff, from bag handlers to flight attendants to become pilots after thorough training at its flight academy.

At AirAsia, rank & level are not as obvious or as important as they normally are at big corporations. AirAsia has a flatter organisational structure to allow people to work more fluidly without encumbrances like titles getting in the way. Tony for instance doesn't use his title of Datuk on his namecard.

I don't feel sorry that Singapore Airlines, Tigerair & Scoot are badly beaten up. The more they suffer the better! Hahaha.

Notice that Tony Fernandes refer to his employees as 'Allstars'. A good leader looks for the good in his men & inspire them to higher standards. In SG, our political leaders are the opposite – they belittle the citizens. Is no coincidence that the morale for the conscript military force is dismal.

Egalitarian countries like Finland, Norway, Sweden & Denmark have competitive economies.
Their citizens are much happier too.

On Ivory Tower Leaders
A leader cannot know what's going on if you're only in the office. When AirAsia was operating the 737, the way to load bags into the plane was pretty straightforward. However, the Airbus had a different structure that caused difficulty to load the bags manually. When Tony was told that belt loaders cost almost RM5 million, he immediately rejected the idea, thinking that it was only natural. It was only when he took the initiative to go down to the ground & manually loaded the luggage onto the Airbus that he sanctioned the purchase of the belt loaders. Otherwise, he wouldn't have realised the magnitude of the problem.

Much of the problems plaguing SG are due to political leaders in their ivory towers. News are brought to them by 'Yesmen'.


Marketing & Branding
Branding should be an inside-outside exercise. A company needs to be able to sell its services to its own people first before it can successfully approach outsiders. Insiders are the ones who will carry the company's message out to the world.

Recently, someone wrote in the state controlled newspaper about taxi drivers complaining to passengers about the government. The idiot laments this type of promotion to tourists by taxi drivers is inappropriate.

Increasing numbers of taxi drivers who are previously professionals, managers & executives are replaced by cheaper foreign workers. That idiot expect these highly schooled drivers to sing the praises of the hybrid regime to tourists?

How can that idiot blame taxi drivers as poor ambassadors when the hybrid regime is not able to sell itself to the citizens?

This openness allows even stewardess the freedom of styling their hair & applying make-up in their own individual way in contrast to other airlines that require cabin crew to assume the same look & style, much like semi-clones of one another.

Cog labor is the preferred approach of SG's hybrid regime & much of the economy. Clones being alike are easily replaced & thus cost can be kept low. However AirAsia has managed to keep costs low using the human individuals approach.

You prefer to be an individual or cog/clone labor?

During SARS, nobody was advertising air travel, so we decided to triple our advertising. If you give people a low enough fare, they are willing to risk their lives.

The hybrid regime likes to portray the locals as picky with regards to low paying jobs. If the salaries are decent for the high cost of living, there isn't much problems getting willing workers.


Education
Education is not about getting a string of 20 As in examinations. It is about learning how to be creative & expressing oneself effectively. Education is about interaction with people. Our education system is from ages ago. It's about memorizing books. This is not education to me. Education is the best time for you to experience lots of things & know what you are best at.


Retiring
You have to go when your time is up. A lot of Malaysians think they are irreplaceable. But that is wrong. There will be a time when i'll be of no use to AirAsia. There will be someone younger, smarter & better. And at that stage i'll have to go. You've got to know when to go. You should not outstay your welcome. I'm not going to stay on any longer than i should because that's going to be bad for the company.

This is something that the Old Man of the hybrid regime don't understand & hence I consider him a Level 4 leader. The trait of knowing when to leave is 1 of the traits that define Level 5 leaders in Jim Collins' business classic book 'Good to Great'.


Leadership Ego
To achieve great things, ego management is critical. A leader needs to be able to learn from others, even if he/she is the top person in the organisation. From experience, Tony knows a lot of corporate leaders tend to be arrogant. People who start off small & humble, for instance, change suddenly when they are given a title like Datuk. It is the beginning of the end for anyone who starts believing in his/her own greatness.

There is a fine line between managing the ego & having no ego. You've got to have an ego. If you don't have ego, you won't be successful but you need to know how to manage that ego.


Hiring Lions rather than Sheep
It may seem a high price to pay, but surely a company full of high achievers is far more attractive, albeit challenging, to lead than one where the staff are sluggish & desultory, doing only what they are told to do.

Cog & sheep labor of the Singapore airline companies are getting slaughtered by the lions. 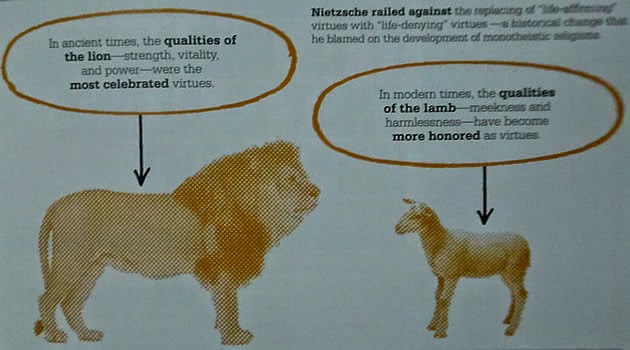 Main Function as a Boss/Leader of a Company
My most important job function is to make sure that no one loses their job. We must build the business so that no one ever has to be redundant. I build a business that is sustainable. And that means you can't give everybody everything they want.

"As CEO, i have a high responsibility towards our stakeholders & generally the biggest stakeholders are our employees. Their livelihood is reliant on my ability as the CEO to ensure the company stays healthy & profitable by introducing various cost initiatives".-Aireen Omar, successor to Tony

Notice that their priority is people before profits. When you take good care of your workers, they will take good care of the company. Profit flows as a result. Sadly this concept is lost in SG's hybrid regime.

In SG, it is shareholders that matter. As much profits for shareholders(hybrid regime) as possible. The hell with stakeholders aka citizens even if they lose jobs to cheaper foreigners brought in as replacement to maximize profits.

Little to no consideration with regards to social costs when a stakeholder lose his/her job & its effects on the family. Sustainability?