No Sustained Demand in S'pore Due to Depressed Wages

The strike by the chinese bus drivers for same salary as Msian bus drivers is a small crack with regards to income gaps.

Previous 'cleopatra CEO' of SMRT salary is $1.8M & not punished for the pile of mess she left behind with breakdowns, denial, decline of service standards etc. Look at the dismal salaries of bus drivers before 'noises' led to an increase: 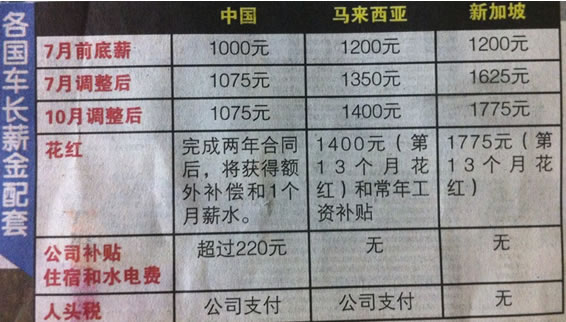 Instead of debating whether the chinese bus drivers should get a $200/mth increase & 1mth bonus, the bigger issue is to push for major reduction of excessive salaries for the top management. Reduce excessive pay for the top people (govt ministers, CEOs, top management) & divert it to the average working Joes.

The current hybrid regime is the best example of excessive pay & yet deliver much of the populace into suffering in terms of depressed wages, standards of living, leisure time. Henry Ford understands that paying his workers good wages creates sustained demand. Our govt scholars study so much & yet they either ignore or don't understand this basic concept.