Shortage of Milk Powder in HK & Relation to SG 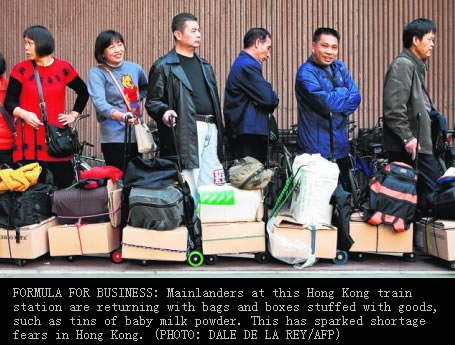 If sinkies allow the Pro Alien Party to flood tiny congested S'pore with another 30% more people to shit & buy toilet paper by 2030, it will be hell & cut-throating. There is only so much land in this tiny dot. Searing hot inflation such as certificates for car ownership would benefit the Pro Alien Party's pockets nevermind that it is untold misery among the populace.

By 2030, bulk of citizens in China & India(just 2 of BRIC countries) have more purchasing power as these 2 giant countries develop further. Commodities & other goods would rise fueling inflation worldwide. By 2030, 30% of sinkies will be elderly. These elderly are screwed with high commodity prices & would be forced to sell their residences to pay for living expenses & medical.

Durians is a good example. Mainland chinese being more prosperous are eating better. Their demand for the king of fruits is driving up prices. Sinkies suffer of course since all durians are imported. By 2030, durians may become a luxury delicacy if current trend continue.