Squeeze like chickens in a coop is a word to describe the booths in the mall nearest where i live. Malls in S'pore like to squeeze as much rental out of available space which repels me due to lack of open spaces.

Why get rip off buying mooncakes locally & paying high rental component? What value is that? Comparison of the booths selling mooncakes in Johor Bahru, Malaysia & my local mall. All pictures are taken during lunchtime from 11:30am to 1:30pm. 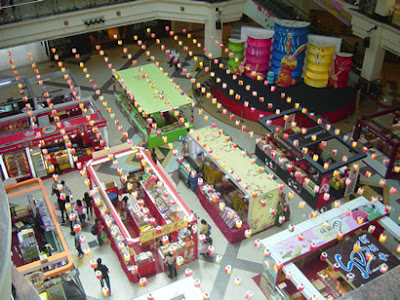 At City Sq, JB which is the most popular mall & linked to the immigration & customs building. It has the most booths for obvious reasons. When booths are cleared the open space is big. 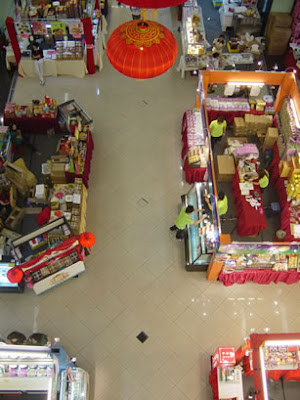 KSL mall, JB. Still got enough walking space in between. 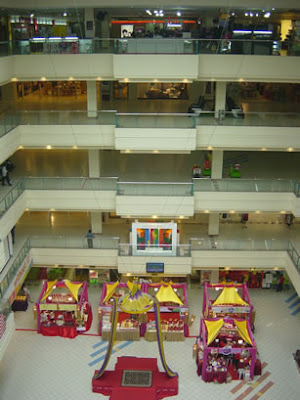 Pelangi Plaza, JB. An upmarket mall which i visited for the 1st time. Sadly the mall has fallen on hard times. I estimate the mall is around 65% occupied by shops. Mall is relatively quiet as can be seen from the picture. 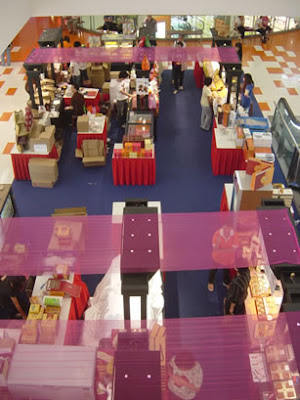 Clementi Mall. My neighourhood mall. Notice how narrow the space between the middle & right booths. Imagine how bad & packed it gets during weekend crowd. Note also little space the staff has to sit & move around too. Is a like small prison cell.